Wow, what a week! What started as the first week of my husband being out of town turned out to be the most eventful week of the year so far! (Yes, I know, it’s only February…) Although my husband was initially only supposed to come home on Friday, he was sent home early based on the weather forecast. On Wednesday, I drove to the airport in what started to be icky road conditions for Virginia (although, as a Canadian, I feel like I know how to drive in bad weather, the other drivers were scaring me more than anything). I waited at the airport for over an hour and when Jeff’s flight was 5 minutes to arrival time, we were told that the airport was closing and their flight was sent back to Washington DC. Panicked, I started driving back, not sure where Jeff would end up being for the night and having to drive in much worse snow conditions. The roads were messy and the few drivers left weren’t using too much of their brains (no, having a pick-up truck doesn’t mean you know how to drive in the snow…my little car was chugging along nicely while trucks and SUVs in front and around me were swerving all over the place). I finally made it home and did my best to reach Jeff who was back in DC. Flights cancelled and hotels fully booked were not a good sign for him. I’ll skip the nervous wreck night I spent but all this to say that Jeff made it back to Charlottesville (although not home but a hotel about 30 min. away from home) around 3:30am. He stayed there for the night and a good friend of ours drove the next day to go get him and bring him back home at last.

So Jeff finally came home on Thursday afternoon. What a relief it was! Because of the snowstorm, I didn’t have to go to work (the whole city shut down on Thursday and Friday). I didn’t enjoy the snow as I normally would have because, this time, instead of being a source of joy, it was a source of anxiety. It was the obstacle making Jeff’s life miserable. So no, I didn’t make any snowman, which I now slightly regret.

Friday was Valentine’s Day, of course! Normally, I make a big deal about it…never in a demanding way but more by wanting to make heart-shaped treats and share a good meal together. After Wednesday’s big scare, we were both exhausted and didn’t really have access to much since most roads had not been plowed yet. So we improvised with what we had for the perfect Valentine brunch: heart-shaped French toast, sautéed chicken and oranges. And a metric ton of maple syrup. And maybe a little wine since we couldn’t go anywhere anyway.

French toast: Mixture of eggs, milk, vanilla, nutmeg and cinnamon to dip the bread in, cooked in a large pan.

For dinner, Jeff made some frozen taquitos (did I mention we had to make due with what was left in the house?) and I attempted to make crème brûlée…sadly I failed. I should have known that using fat free milk instead of cream, and a broiler instead of a blowtorch would mess up the result but I was determined to try anyway. Next time, I’ll make sure to have the right ingredients and the right equipment.

Although Valentine’s Day is over, I still want to wish you all 365 days of love, friendship, hugs, high-fives and kisses. Because it should be a year-round thing anyway. 🙂 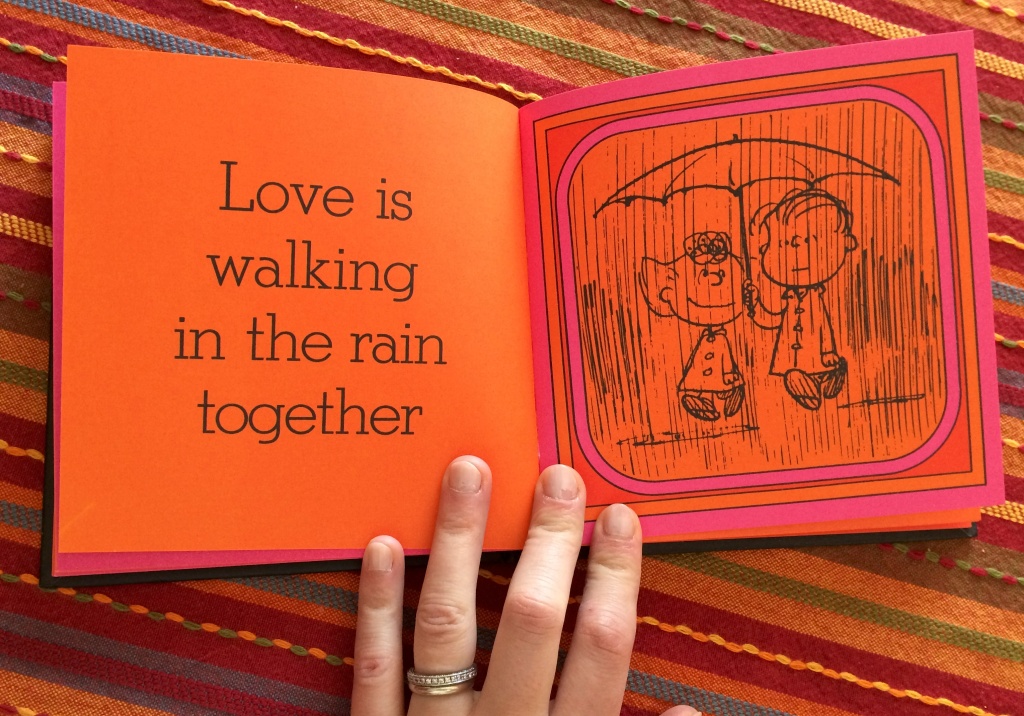 2 thoughts on “When Snow and Hearts are on the Forecast…”