Recently, I found a super cute cookbook completely dedicated to quiches. Quiche Cookbook was published in 1976 and written by Edie and Tom Hilton. I was particularly drawn to the illustrations by Shelley Adler throughout the book

Since I love a good quiche but usually make the recipes up with whatever I find in the fridge, I thought it would be nice to widen my horizons and try an actual quiche recipe. To stay true to myself, I picked a recipe based on what I already had at home to minimize the extra purchases to make. This is how I ended up making Edie’s Quiche Friday, which is basically a crab and shrimp quiche. 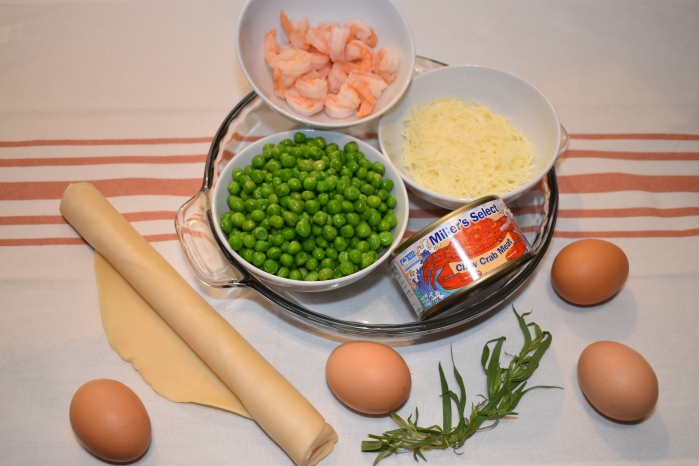 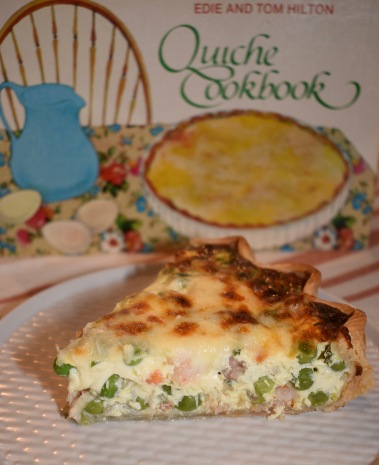 The quiche was very simple to make. The only thing that made it better was adding some Old Bay seasoning when I ate the leftovers. I would also consider using fat free milk instead of half-and-half. 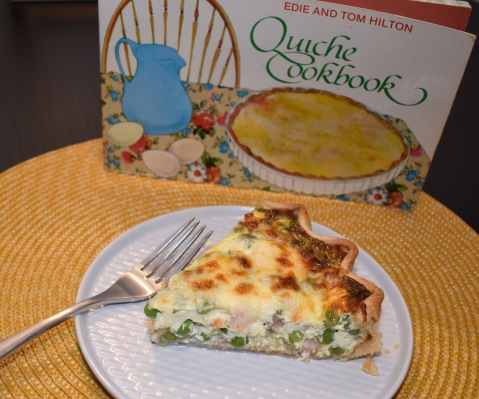 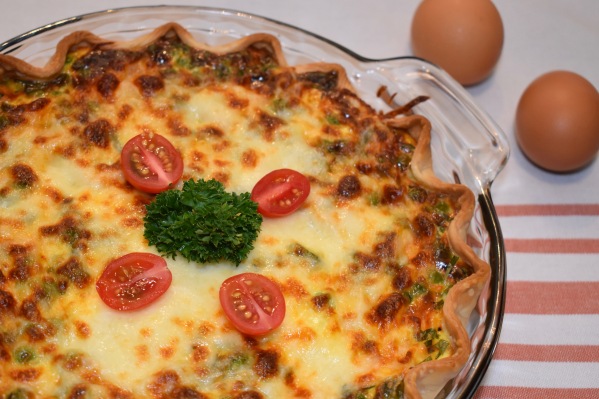 I tasted the dish right after it had cooled, and then again the following day. I have to say, I enjoyed it a lot more as a cold leftover lunch. The addition of Old Bay seasoning made a huge difference as well.

Seafood isn’t something I often think to use when making a quiche (I usually assume the egg will be my main protein and I just need to add vegetables) so this was a nice change and probably something I would try again. I can’t wait to see what other fun quiche recipes I’ll find in this 1970’s gem. 🙂