I was really happy when a good friend of mine lent me a few vintage Southern cookbooks. Moving to Atlanta, almost four years ago, I didn’t realize how much of a change it would be. In my mind, Virginia was already the South, but Georgia is a whole new ball game. While we haven’t had a chance to visit Charleston yet, I do get the idea it is also VERY Southern.

Now let’s get to the book: Charleston Receipts, collected by The Junior League of Charleston and published in 1950. The name quickly got my attention. Receipts? Was that a typo? Nope! It is explained in the introduction that “receipt” is an old version of the word “recipe”, as in, a written note, in this case, explaining how to make a dish. The more you know… 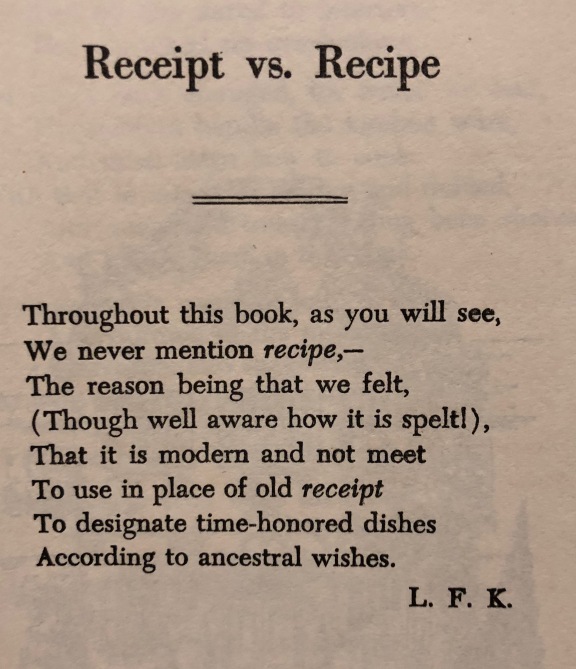 Since I was in a seafood mood, I picked a recipe called “Charleston Shrimp Pie”. Sounded simple enough and, as it made more sense to me, I easily could scale down the recipe. A quick trip to the store to buy fresh shrimp and I was ready to go. 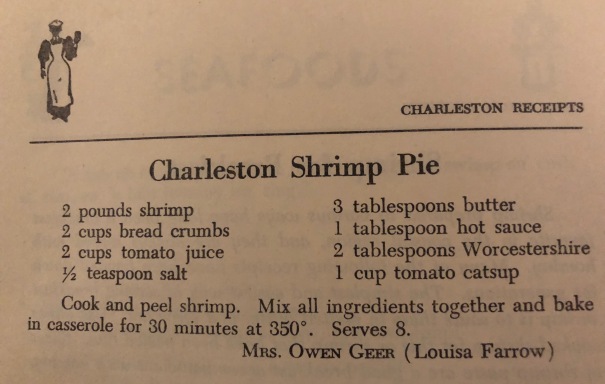 1.Mix all the ingredients together.
2.Bake in a casserole dish for 30 minutes at 350F. 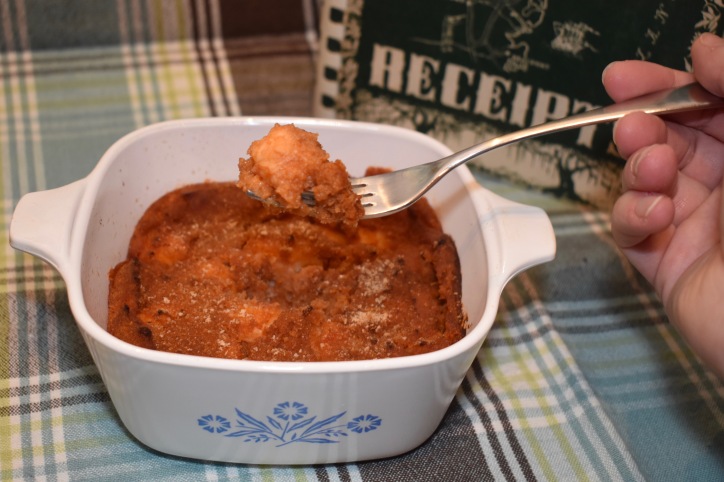 The result wasn’t great but I could tell it has potential to be good.

The first problem was the shrimp. Since it had been cooked before being baked, it turned out to be way overcooked and very chewy. I feel like you would almost want to have them be slightly undercooked before going in the oven or on the very edge of cooked.

The other issue was the overwhelming tomato flavor. I couldn’t quite put my finger on it at first, but then it came to me. You know when you eat a burger with ketchup? Well, remove the meat and that’s what it tastes like. Bread soaked in ketchup. Yum? While it brought back some childhood burger memories at first, it quickly became overwhelming and almost nauseating. While most shrimp pie recipes I saw in the book had some tomato element, this one definitely had more than all the other ones combined.

The overall texture was very mushy, with the mixture of soaked breadcrumbs and overcooked shrimp. But, like I said, I feel like it still had potential to be good. First, I would decrease the quantities of breadcrumbs and tomato products. I would also love to add more vegetables to add a few more textures to the dish. Something crunchy, maybe? Some other recipes have corn, celery, onions…all would likely be great additions to the recipe I tried.

This odd recipe might not have been all I expected it to be, but it won’t stop me! I have found a few other recipes I want to try in this book, both savory and sweet. I’m not done with Southern cuisine, y’all! 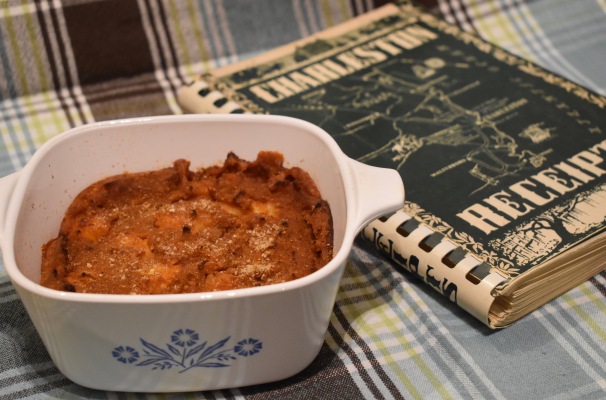