Earlier this fall, my maternal grandmother, affectionally known as Mamie, passed away. Since I couldn’t make it back home for the funeral, my mom and I decided we would pay tribute to her during my parents’ Thanksgiving visit by making her famous “six-pâtes” (a layered meat pie). 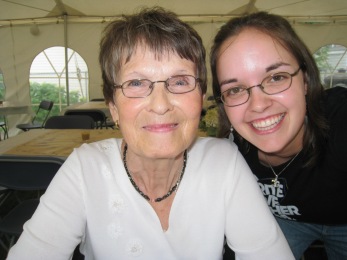 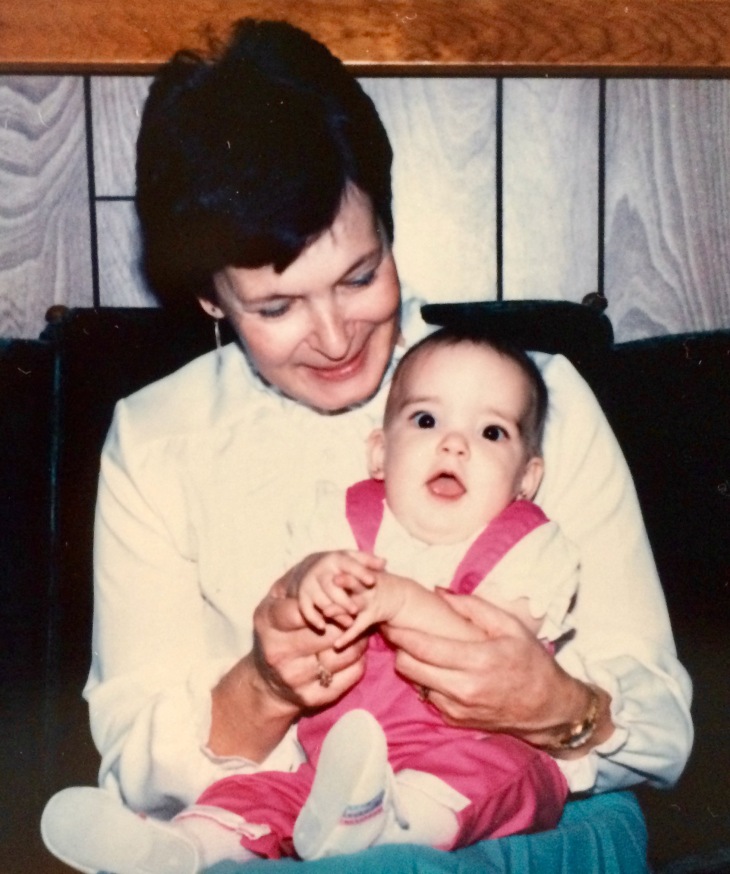 I have so many childhood memories of visiting my grandma, especially associated to the Christmas season. Her house was warm, and there was always something delicious waiting for us in the oven. My grandparents’ home was where everyone would assemble for family events. Loud people laughing, alcohol flowing, music playing and delicious food all around. Never a boring party, that’s for certain. We were creating memories that would last us forever. Even after she became too sick to make it herself, her famous six-pâtes continued to be prepared by my mom, year after year. 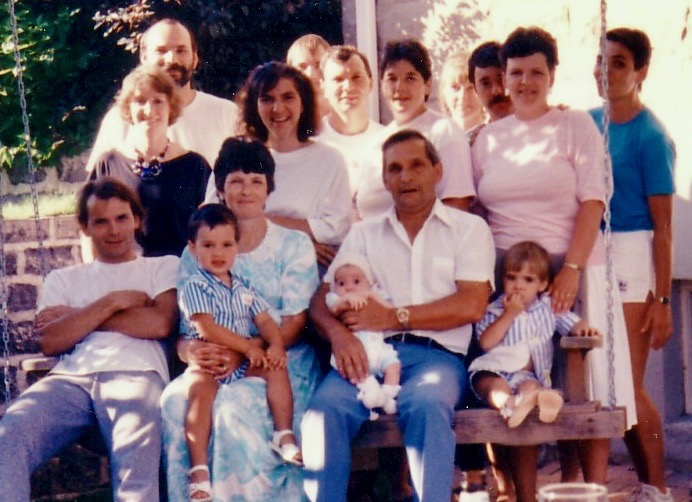 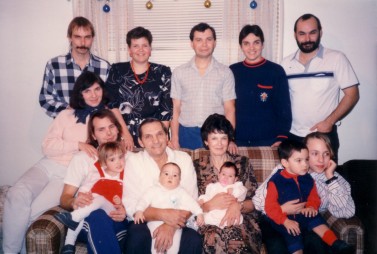 For my parents’ Thanksgiving visit, we planned to spend a few days at a cabin in Ellijay GA. This seemed like the perfect place to make my grandma’s recipe. Nothing stopped us, not even forgetting our rolling pin for the dough. A beer can would work just fine. 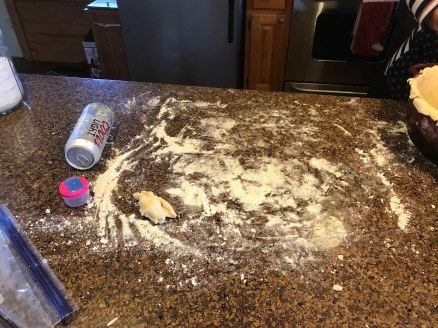 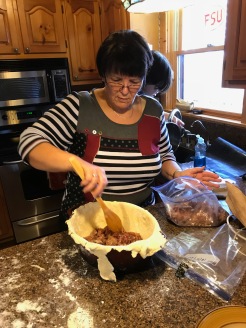 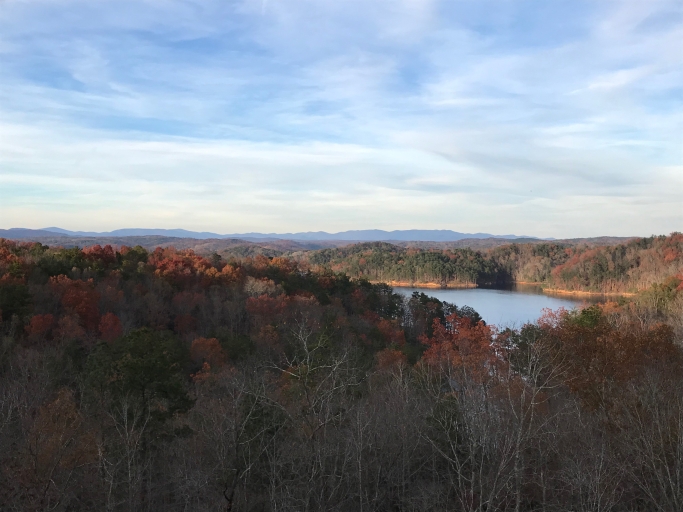 The recipe is normally quite impressive and overwhelming as it is meant to feed an entire family of hungry French Canadians. We scaled it down quite a bit and still ended up with enough food to eat for several days. This dish is very common in Quebec under a variety of names (all sounding somewhat similar): cipâte, cipaille, six-pâte. Funny enough, while watching The Great British Baking Show with my parents during that same trip, we appear to have found the origin of the dish: that is raised game pie, in Victorian England. In Quebec, each family has its own version of what meats, and what ratios to use. It really inspired me to play around with the recipe and come up with different combinations in the future.

You can scale this recipe up or down based on how many people you want to feed. You can also change the meat combination based on what is available near you and your personal preferences.

When I was young, I would refuse to eat this dish. Maybe the colors weren’t too attractive. It is a hearty dish after all, not one to visually impress your neighbor with. As I tasted the dish for what felt like the first time this past month, I was able to fully savor the work put into it, the flavors marinating together and the dish slowly cooking all day. It doesn’t get any more comforting than this. 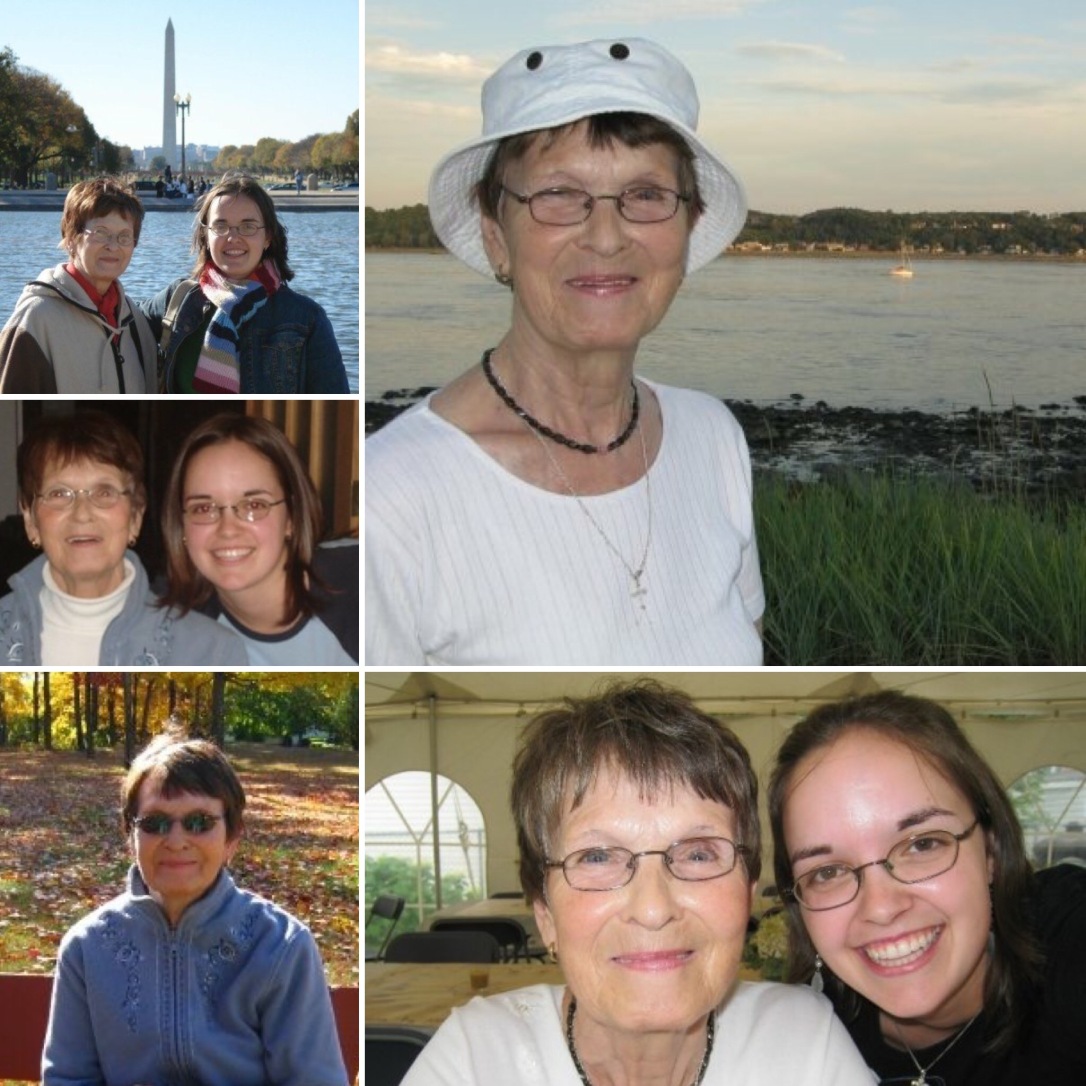