Is everyone as excited about fall as I am? To celebrate my favorite season officially starting this week, I picked the only recipe that made sense, based on its name only: Autumn Black Beans. Now don’t ask me what makes these beans autumnal, I have absolutely no idea.

Our good friend from Virginia sent me a couple of cookbooks to go through. The one I found this particular recipe in is called Recipes for a Small Planet, by Ellen Buchman Ewald, published in 1973. The book is focused on meatless alternatives. My friend Michelle described it best when she wrote “To me, it was written before vegetarian food became good!”. I loved her way of putting it! Haha!

While the book was written before vegetarianism became as popular as it is now, it does have some interesting dishes. While I am far from being a vegetarian, I try to have meatless meals somewhat regularly. 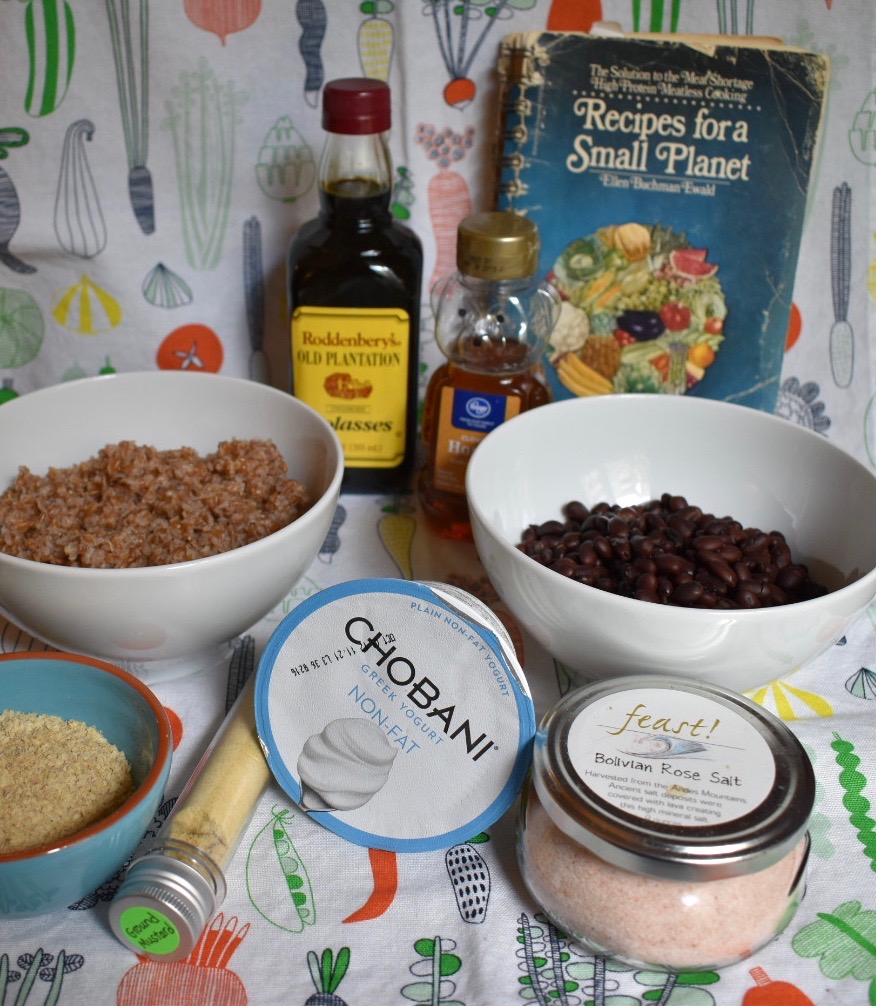 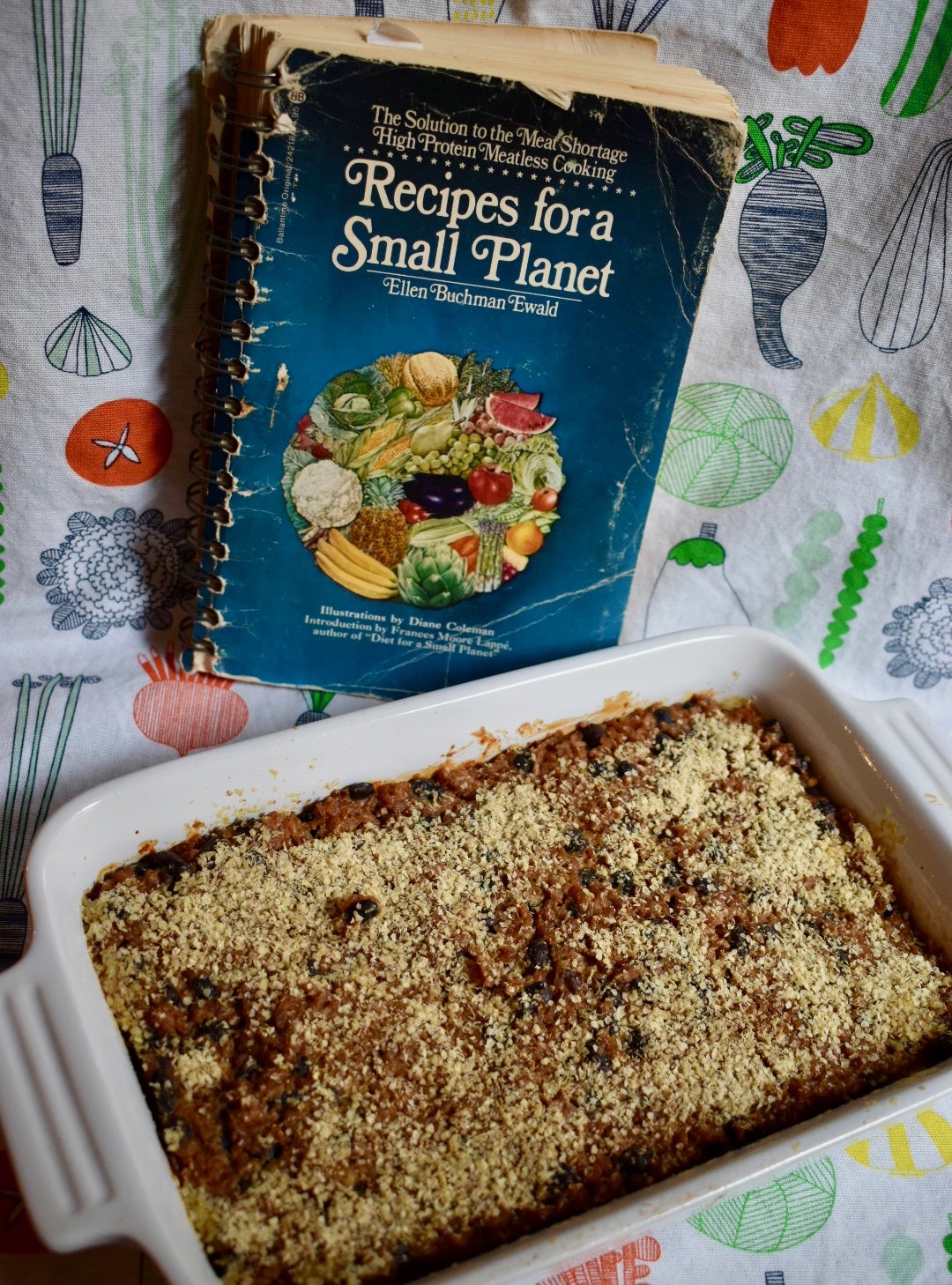 While I was slightly put off by the recipe at first, I thought it would be fun to try something out of the ordinary. It was also a nice occasion to test out my new toy, the Instant Pot (an unfair advantage compared to the 1970’s home cooks). I wanted to see how it would cook dry beans. Sure enough, I went from dry beans to perfectly cooked beans in less than an hour!

The only thing I would consider changing to the recipe is potentially removing the wheat germ. I didn’t love the cereal-like texture and taste it added to the dish. On the other hand, I was reminded of my love of molasses!

While the first bite seemed a bit odd, I enjoyed eating this dish all week, cold or warm. I had it as a late afternoon snack but it would be a great dish, served with vegetables or a salad. It would even make an interested breakfast with it’s casserole consistency.  The flavors aren’t too sweet nor particularly savory. There is an unmistakable molasses flavor, yet it is not overwhelming either. Based on when you serve it, you could even enhance the flavors with maple syrup (if eaten at breakfast) or extra savory spice if enjoyed for lunch or dinner. All in all, the autumn black beans were a very interesting discovery!