I promised myself I wouldn’t go crazy this year. But then, the world turned pumpkin-spiced and I simply couldn’t help it! I browsed the various grocery stores, looking for new and interesting pumpkin-inspired products. Let me just say, it’s a good year to be pumpkin obsessed, folks.

Of course, I had my usual PSL at Starbucks…the warm version AND the Frappuccino version. But that’s the stuff everyone knows about. So here’s the other, more interesting items I tried…

Oreos rarely go wrong (well, the Swedish Fish ones might be the exception to the rule). I mean, the flavor was just right. Then, I dipped the cookies in milk and there went my calorie-goal for the day. Ouch! Yum! It only took me a few days to go through the package.

This oatmeal was a fun breakfast but it didn’t rock my world. The pumpkin spice flavor was very mild. It was good but I don’t know that I would necessarily get it again.

Oh. My. Word. My husband told me about these while he was traveling and it took me a while to figure out they were only available in a few stores. After many disappointing trips to Sprouts and Kroger, I finally found them at Publix. I savored the small container, one tiny bite at a time, not wanting the tasty moment to end. Jeff looked at me with a confused look. It’s not that sweet, it’s not an actual dessert, but it felt like the greatest treat. With the slight sour flavor of the Greek yogurt and the spice blend, I was in heaven. A few days later, a 10/10$ sale meant that I went home with a bag full of yogurt. 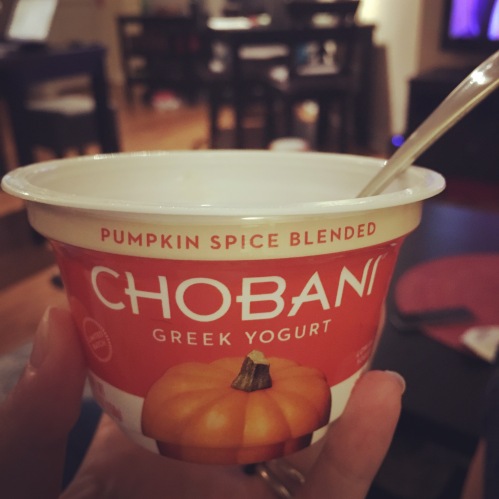 I rarely go to Target with my husband as I like to browse everything and he likes to get in and get out (I’m sure many couples go through the same Target drama). On one romantic Friday night (yes, we’re cool like that), we walked to the store and I found this instant latte. I enjoyed a couple of these mixes so far and their take on PSL is really nice. It’s not quite like a real one from Starbucks but it’s a nice compromise to save money and to get a quick pumpkin spice fix. 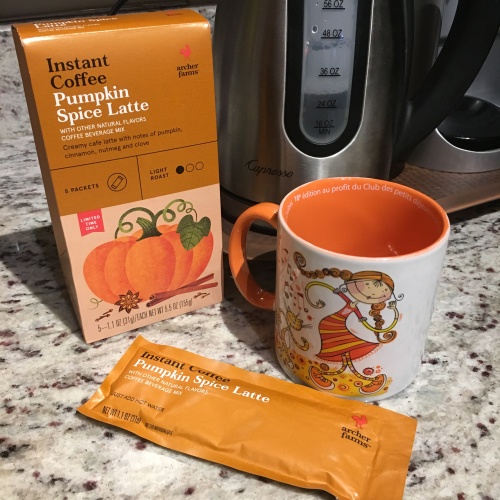 I had never tried this yogurt brand before. My favorite part was that there was actual pumpkin puree at the bottom, rather than just being about flavoring. I was glad to find a 4-pack of these a couple of weeks later…no better way to start the day! 🙂

Don’t get me wrong, these cookies were tasty. But it felt like they were trying to get on the pumpkin-spice bandwagon without putting in too much effort. The flavors were milk and the pumpkin was very subtle. 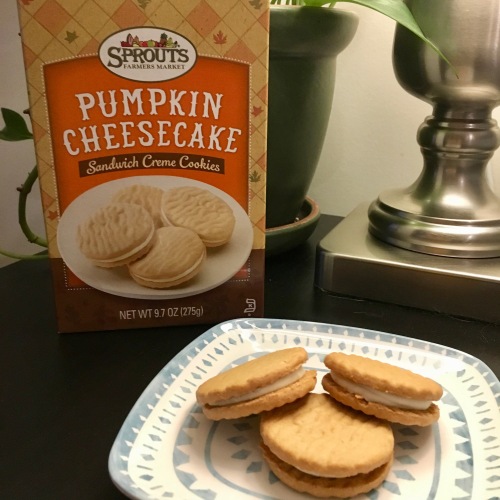 This is what I’m talking about. Once again, Trader Joe’s shows the world how to embrace a food trend. As described on the box, these were shortbread cookies with pumpkin spice, coated in yogurt. Delightful little treats with a perfect balance of sweetness and pumpkin-spice flavor.

These babies are a tasty and dangerous snacks. They are slightly sweet and well spiced. They are a good excuse to use my cute little bowls from Target. Otherwise, I could just sit and eat the whole bag.

I wish I could say I was done with pumpkin spice for now but I would be lying. I impulse-bought a pack of Pillsbury Pumpkin Spice Rolls last week and I just can’t get myself to make them. It seems like an overkill. But, of course, I’ll be happy to indulge. I guess I just have to try it before Thanksgiving, i.e. the day when we need to switch from pumpkin spice to peppermint/eggnog/gingerbread flavors. 😀