I must admit I cheated a bit for the last dish of the Spring Break Cookbook Challenge. Since I ended up making the duck noodle soup on Friday, I didn’t really feel like making another soup on the same day. So the barley soup only came to life on Saturday. In the end, it turned out to be a good thing since it was a perfect lunch the following week, as I was returning to work.

I received this book as a gift when my friend Jenny came to visit in Atlanta. Jenny and I were AuPair together in Virginia. Although we only spent a few months together, we knew we’d be friends for life. Amongst other things, we had to same love for pop culture. When Jenny came to Atlanta, we hadn’t seen each other in 8 years! During her visit, she gave me a bounty of German goodies, including two cookbooks! Although the recipe I picked is from a German cookbook, I later realized that Graubünden is actually a region of Switzerland where people speak Swiss German, Italian and Romansh. So let’s just settle by saying this is European soup, k? 🙂 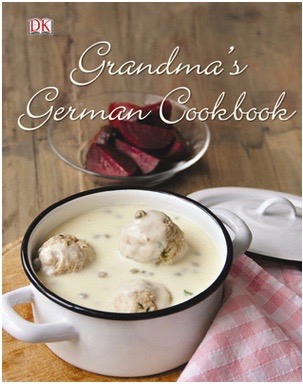 The soup was pretty easy to make and very hearty. I probably should have made this one in December or January. Despite my poor timing, the soup was delicious. With its rich meaty flavors, it felt like a treat with every bite. All the ingredients were pretty easy to find, expect for the air-dried beef. I ended up buying beef prosciutto (I didn’t even know that was a thing). Not only did it add a good flavor to the soup, it was also a new flavorful discovery…I will be buying it again for sure! 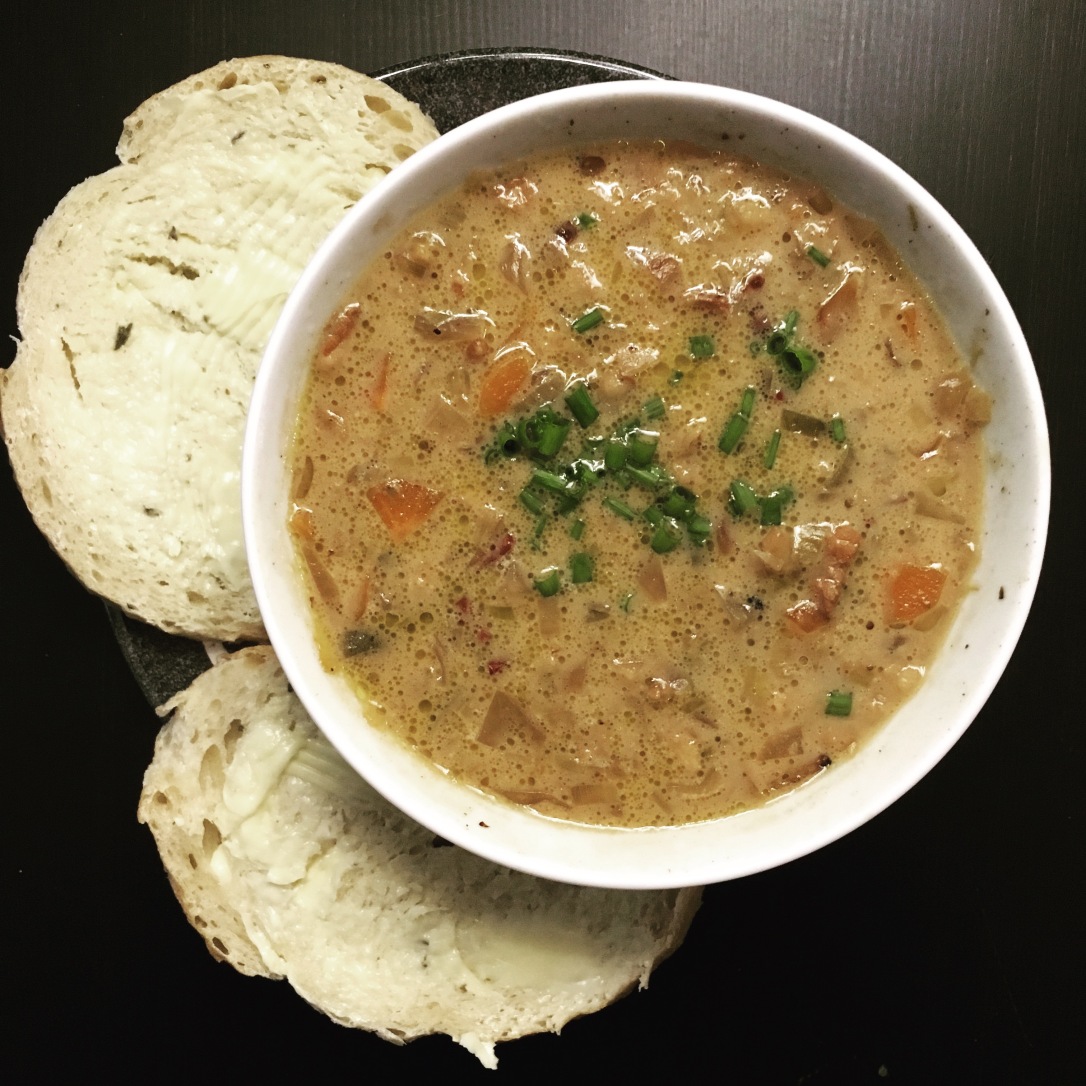 My only complaint with the soup is also its best attribute: it was very rich. Between the bacon (I used pork belly slices), beef prosciutto and heavy cream, this was a lot to handle in one sitting. But again, I might have felt differently if I ate the soup on a cold winter’s day, rather than a warm spring afternoon. But that’s apparently how I do things, i.e. without thinking them through. 😉