In my last post, I presented all the sweets I baked in December, most of which were mailed to relatives. Now here’s the savory food I made and enjoyed on Christmas. Since we didn’t travel to Virginia for the holidays, we invited friends over for Christmas dinner. I wanted to come up with something traditional to make but decided to stick to my Quebec traditions rather than the American way. My menu was meat-packed: meat pie, meatballs in gravy and meat-filled dumplings. 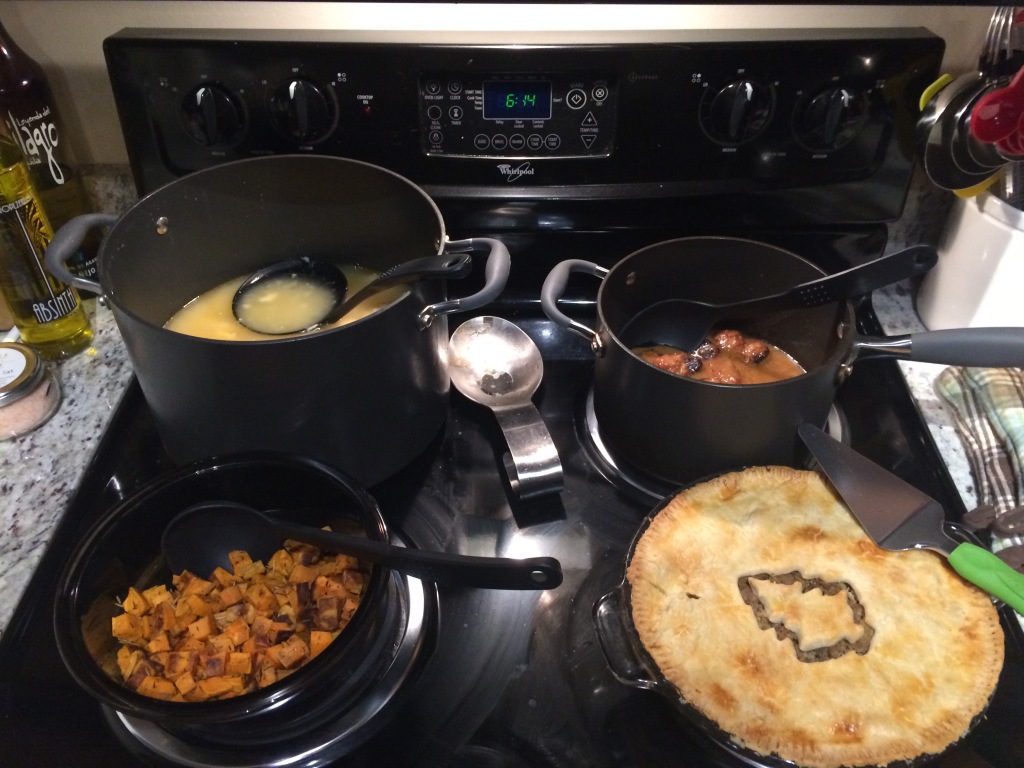 I have made the meat pie many times before (check out this post for the recipe) but the other two dishes were a first. I woke up one day and remembered loving the dumpling and meatball combo during the holidays, when I was growing up. I called my mom and got the super easy meatball recipe. Unfortunately, the dumplings were more difficult to figure out as my mom always bought them at the market and didn’t actually make them from scratch. After much online research, I learned that the dumpling recipe was very typical to Mauricie (my region in Quebec) but barely known anywhere else. It is also known under different names (the one my family always used was an obscene slang word, also used for lady-parts…but apparently there were a few more PC ones).

It’s a pretty straight forward recipe and keeps really well. Since I made it in advance, I left the meatballs and gravy separate until Christmas day but I should have mixed them right away as it would have helped enhanced the flavor. This dish freezes really well.

The dumplings can be served with or without the cooking liquid. On Christmas day, with a plate full of other meat goodness, I didn’t use the liquid but I very much enjoyed it with the leftovers the next again. Again, this dish freezes really well. Just freeze the uncooked dumplings in a freezer bag or you can freeze containers filled with cooked dumplings, broth and turkey breast, altogether.

So as you can see, our Christmas eve wasn’t the healthiest…but then again, Christmas time isn’t known for its healthy traditions. I did bake a side of sweet potatoes to pretend we were eating well. 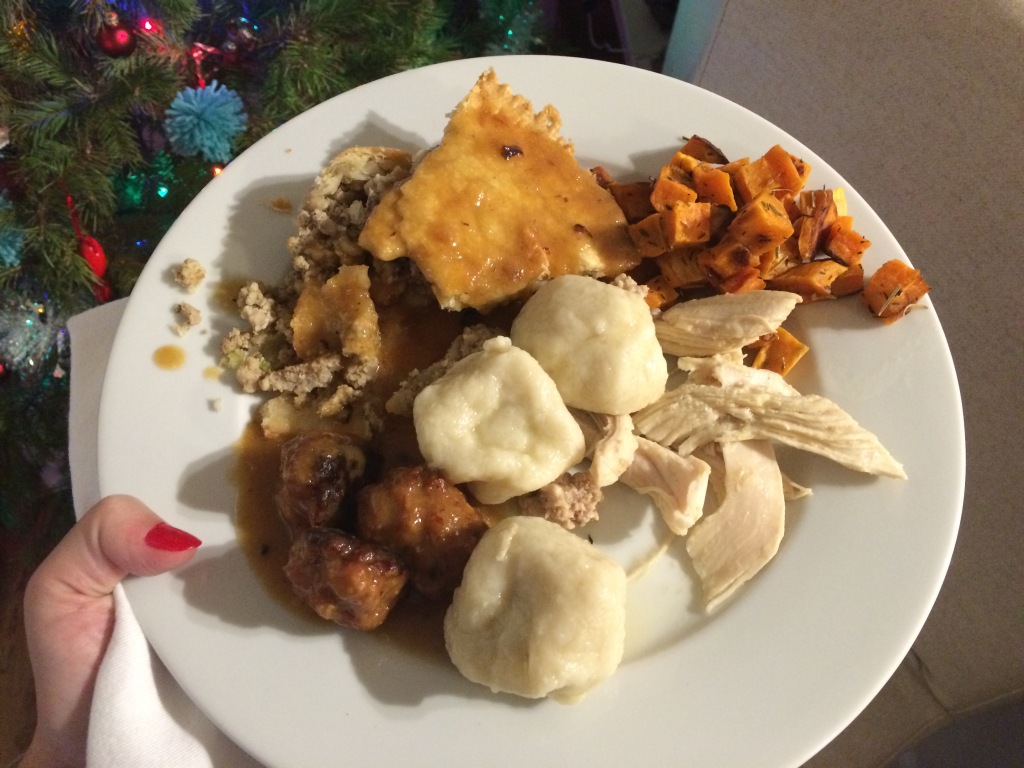 On this meaty note, I wish you all a wonderful new year! I look forward to see what the new year will bring!

3 thoughts on “‘Tis the Season for Good Eating”