For this month’s Retro Cooking, I decided to make a nun’s cake, from the book Anyone Can Bake, published by the Royal Baking Powder Company in 1928. 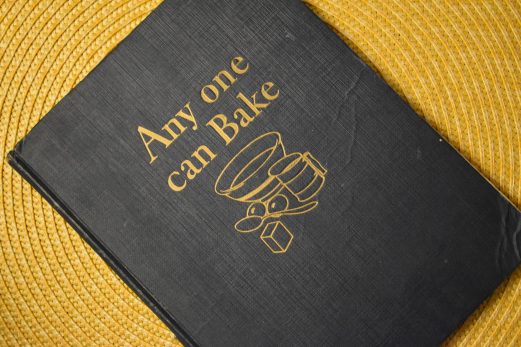 In all honesty, I was intrigued by the name. A French-Canadian really can’t deny her Catholic-influenced culture! After looking it up, I learned a lot about the type of cake, that came to life in the 18th century and became very common at the turn of the 20th century. I even found a 1923 advertising page explaining the merits of the nun’s cake. According to this, it might have been the “first cake ever made”…which may or may not be true but I like the idea of it! 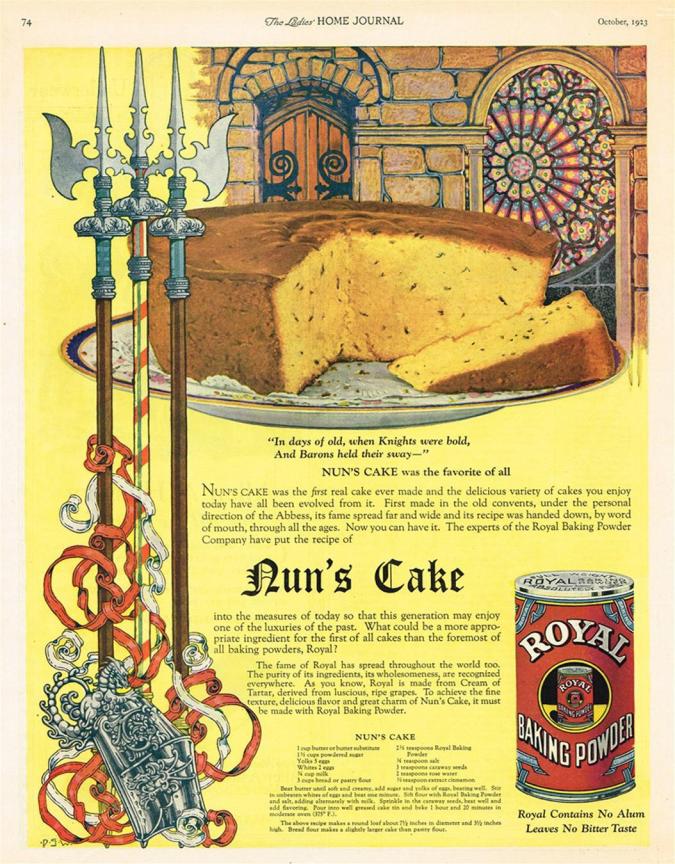 The recipe was quite simple although finding the rose extract (rose water) was a project. Thankfully, my trusty Buford Highway Farmer’s Market came through once more, in their Eastern European section. The cinnamon extract, on the other hand, had to be replaced by cinnamon powder as I couldn’t find it anywhere.

The cake flavors turned out really well. I rarely cook with caraway seeds and only tried rose water in Middle Eastern desserts so this was a nice change from the flavors I’m used to. While it was quite surprising to me to find such exotic flavors in a turn-of-the-century American recipe, it certainly made me feel like I need to use these flavoring options more regularly.

The only issue I had with the cake is how dry and hard it was. Part of it was my fault for wanting to stick to the original directions. Cooking a cake for almost two hours seemed like an overkill but I figured there might be a reason for it so, since the cake didn’t seem to burn, I let it cook for the suggested amount of time. It was so dry. I even tried to put cream on it and it still tasted very dry. Later on, I figured that a 1928 oven probably didn’t provide the same heat as its 21st century equivalent. I probably should have baked it for an hour, at most. Live and learn, right? 🙂