Yes, there was a lot of baking involved last week. And I probably should have written about it then, but hey, better late than not at all, right? As I mentioned in a few of my last posts, I’ve been going to a Thursday sunset picnic for the past three weeks at a close-by apple orchard. Although it’s getting a little bit chillier outside, we still love the event just as much. For last Thursday, I decided to make my great-aunt’s blueberry and peanut bread. Now, although she calls it bread, it’s really more like cake. I’ve only made it once or twice before but my mother used to make it very regularly (she probably still does, I’m just not there to eat it all!). I should also mention that Thursday was my friend Vari’s baby’s first birthday. So not only did we celebrate his happy little life on the mountain, they also had a party at the park on Saturday. I’m bringing this up because my second baking project was to help make a “Very Hungry Caterpillar” cupcake/cake for the party.

Alright, let’s start with the blueberry bread. We really didn’t have as many people as we expected at sunset this week so I ended up having bread leftover for the weekend, which I was very happy about. Now, one of my future projects will be to make this bread healthier. Cutting down the sugar would be a good start. But if you don’t care about it being healthy and are just looking for something yummy, just try the original recipe! 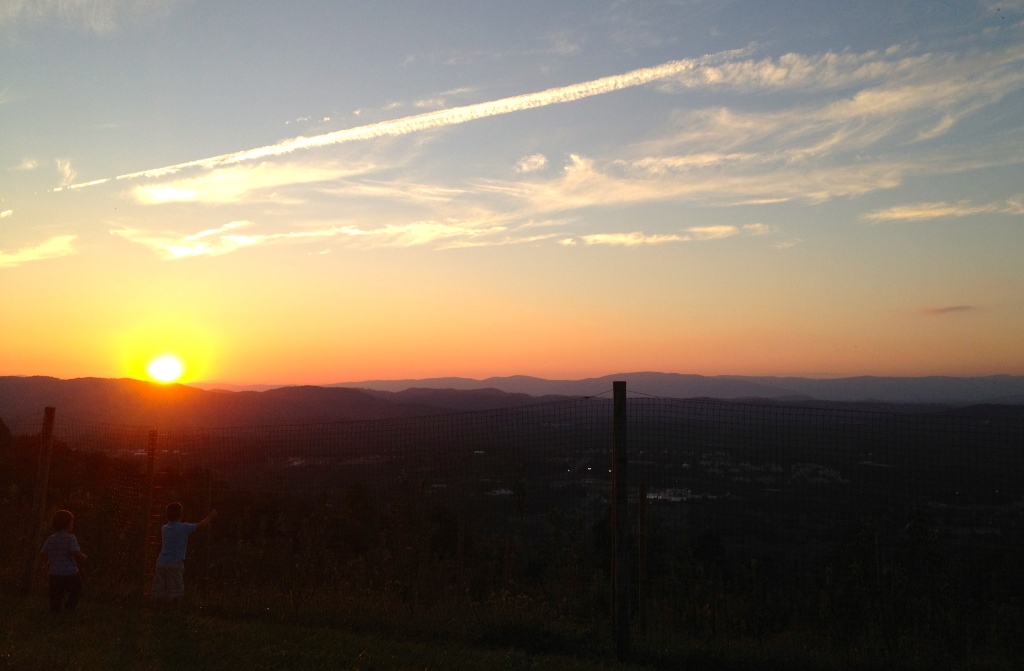 As I already mentioned, Vari and I wanted to make a caterpillar cake for her son’s birthday. She found a great link on Pinterest and we figured we’d do our very best to get to a similar result. She order the caterpillar head (a round cake with red icing) from a local bakery so we only had to make the cupcakes and buttercream frosting. She found a very easy white cupcake recipe on Martha Stewart’s page and we were set. We had absolutely no trouble making the cupcakes. The frosting was a totally different story. We followed another recipe, courtesy of Martha, but the result was so gross. I’m not going to lie, it looked like cottage cheese. Grant it, we didn’t have a Kitchen-Aid stand mixer (but boy, do I wish I had one!!), and we didn’t really follow the instructions to the T. But I’d like to put some blame on Martha for putting together such a ridiculously difficult recipe for such a simple frosting. After realizing that we had completely ruined the icing, I text-messaged my mother-in-law, as I knew she had a very yummy recipe. And thankfully, she saved the day! A few minutes later, we had her recipe and we made one of the best buttercream ever. Vari’s husband actually said that it tasted just like store-bought frosting but without the gross chemical stuff. We did two shades of green by dividing the icing and iced our little cupcakes. I wish I took more pictures during the process but at least I took a picture of the final result during the birthday party.