Before I traveled to Quebec, I stopped by Buford Highway Farmer’s Market to look for interesting snacks and sweet treats to try out with my family. When I was growing up, I wasn’t very adventurous. We had our classics and favorites and generally stuck to them. That’s why I thought it would be interesting to try them with my parents and my brother. While they didn’t trust me or anything I would bring their way, they all agreed to play along.

Participation varied based on the products. My husband joined us for the only item his food restrictions allowed him to try and my dad (and his new teeth) avoided the chewy candies. Of course, I tried them all because I will never miss a chance to taste something new!

On this note, here are all the snacks we tried and their reactions (I translated as best as I could since their comments were all in Canadian French).

While these are Lays brand, they definitely had more of a Pringles texture and shape.

As described on the box, these are biscuit sticks covered in cookies and cream.

While I had already tasted similar mixes in the past and enjoyed them, I decided to get them for two reasons: they were definitely outside of my family’s comfort zone, and they had the same name as another kind of Party Mix we used to love growing up (yet, in no way similar, other than both were snack mixes).

This product is described as a cake waffle glazed with condensed milk, covered by a chocolate milk coating. 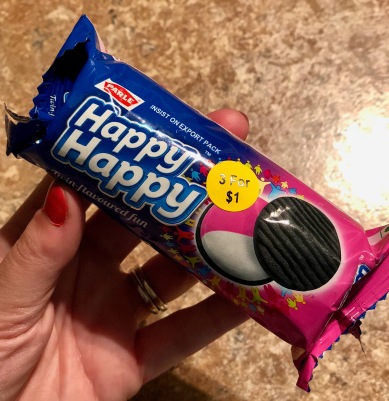 This cookie was basically an Indian knock-off Oreo, with chocolate cookies and a strawberry and vanilla frosting in the middle.

These were similar to Hi-Chews as they were a chewy Cola-flavored candy. The biggest difference was the addition of fizzy capsules and cola gummy inside the chewy candy.

I should note that my brother doesn’t like Cola in the first place so he wasn’t too thrilled to try this specific candy. 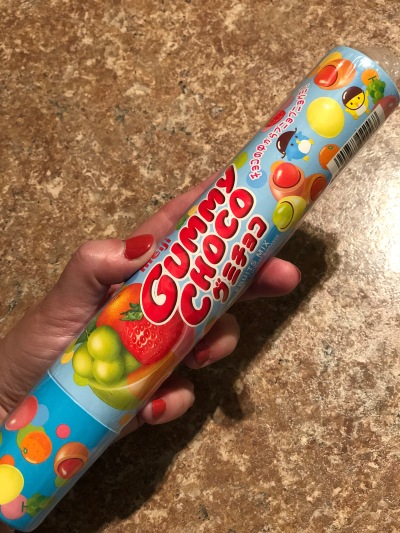 These were fruit-flavored gummy candies, covered in a thick coat of milk chocolate.

Okay, I admit it. There was nothing weird or intriguing about these. I only got them because I used to love the Smurfs as a child and couldn’t resist.

Overall, this might have been silly to do but it turned out to be a fun family activity for the evening. I would definitely encourage everyone stop by an international market and try to get outside of your comfort zone. Yes, you’ll have to spend a few dollars (the fun things about trying snacks and candy is their relatively cheap costs) and you’ll be gambling but, you might discover your new favorite candy…or at the very least, you’ll explore flavors you might have never tried in your day-to-day life. 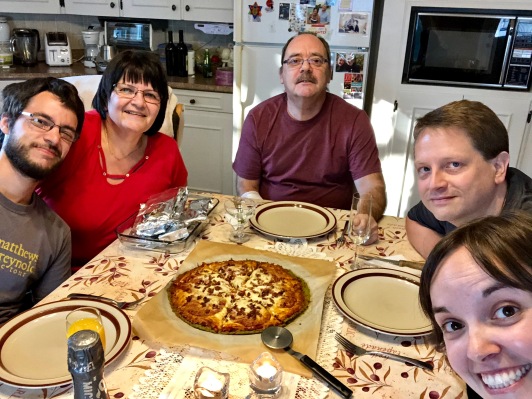