It’s beginning to look a lot like Christmas, folks! My favorite time of the year is finally here. Pretty lights, countdown calendars, amazing smells (tree, candles, spices…) and baking. So much baking.

For my first Retro recipe of the month, I wanted to try something I’ve never made before (I’m not even sure I’ve even eaten it before) but that is quite the classic: fruit cake. I picked a recipe from the 1968 cookbook Visions of Sugarplums by Mimi Sheraton. That book screams “vintage holiday baking”. I browsed through it, marveling at all the recipes and making a long list of everything I wanted to try. 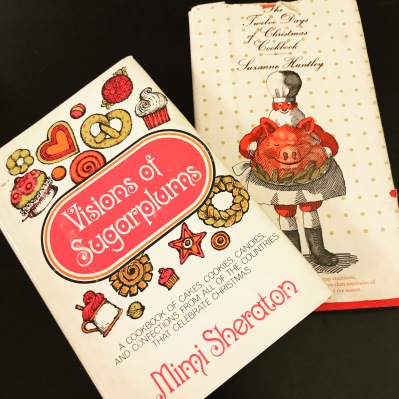 The first challenge in making the fruit cake was to find all the ingredients. I’m not generally a fan of dried fruit and I had never bought the funny looking candied fruits (the ones you see in the produce section during the holiday season) before. My husband had to help me buy the whisky as I wanted an Irish whisky to stay true to the recipe. 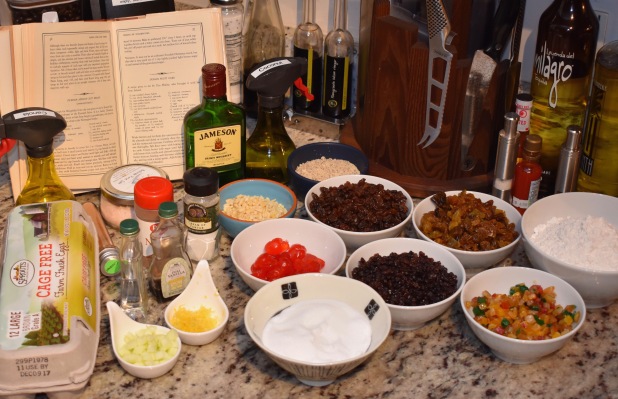 Then came the making of the recipe. Harder than I had anticipated, mostly due to the numerous steps and the long waiting periods. I did change a couple of things from the original recipe. First, instead of making one regular-sized cake, I made two loaf-sized cakes that I later divided to make smaller cakes. I also didn’t wait as long as it was recommended in between the almond paste layer and the royal icing. Really, I didn’t quite get how that would help or improve anything.

Some of the steps turned out more difficult than I expected, probably due to my crazy lack of patience. The almond paste, for example, was the perfect exercise for me in terms of patience, precision and determination. Did it look the way it should? Nope. Did it taste good? Yes, so that’s all that mattered to me in the end. Also, I’m not very good at decorating cakes. I had such grand plans…until I was brought back to reality and went for much simpler designs. 🙂

Now for the mistakes I made. My biggest mistake (and it is not the first time it has happened when using vintage cookbook) was to follow the cooking time as listed in the book. The cake had to cook for 4 hours at 300F. I always forget that older ovens probably weren’t as effective and powerful as they are nowadays. The cakes turned out a bit dryer and crumblier than I would have liked.

Here’s a look at the recipe, as presented in the cookbook: 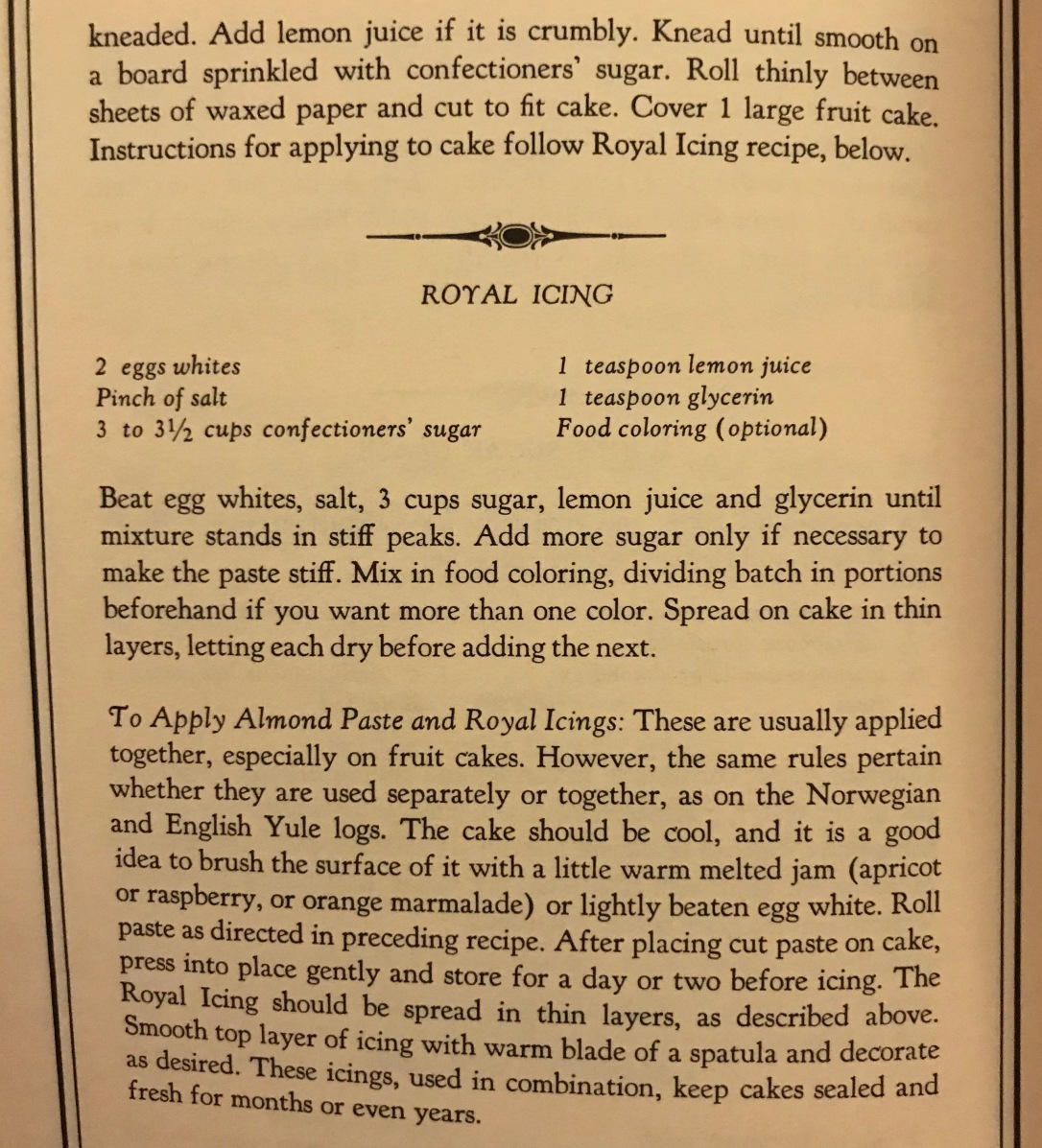 The verdict: This was my first ever fruit cake. While I would have loved for it to be perfect, it did leave room for improvement if I ever try to make it again. But, all in all, I am pretty proud of the result and it was a fun weekend project. I brought one of the cakes to work the following Monday and I’d say it didn’t turn out to be too bad after all…

What are your thoughts on fruit cake? Is it a holiday must or an old-fashioned good we’d better leave alone? I must admit, I am still unsure…